The Nightingale Sweeps 2019 AACTA Nominations, While Screenplay Category is Shafted

Jennifer Kent’s The Nightingale reigns supreme with a total of fifteen nominations for the 2019 AACTA Awards. The colonial set film is closely followed by Hotel Mumbai and The King which have thirteen nominations a piece. All three films are joined by Judy & Punch, Ride Like a Girl, and Top End Wedding in the race to win the Best Film prize.

In the acting categories, it’s man of the moment Damon Herriman who made AACTA history by being nominated in four individual acting categories (TV and film) for his work in Judy & Punch, The Nightingale, Mr Inbetween, and Lambs of God.

The rest of the nominations can be read below, but you’ll mostly see the same group of films nominated across the board. This suggests, in a cursory glance, that 2019 was a weak year for Australian cinema with slim pickings, with voters seeming to ignore the masterful work found in Animals, 2040, Acute Misfortune (which picked up one nomination for Best Indie Film, more on that later), Suburban Wildlife, Undertow, and due to ineligibility, Hot Mess, Standing Up for Sunny, Looby, and It All Started With a Stale Sandwich.

In a day where the nominees should be celebrated (and they should! It’s great to see The Nightingale be rewarded so heavily), I can’t help but raise an eyebrow when it comes to some of the decisions across the board.

Rejected outright was the stunning writing from Thomas M. Wright and Erik Jensen with Acute Misfortune, the wonderfully vibrant writing from Emma Jane Unsworth with Animals, the deep and exploratory writing from Rodd Rathjen in Buoyancy, the empathetic and powerful writing from Ben Lawrence and Beatrix Christian for Hearts and Bones, the inventive and fascinating writing from Michael Lloyd Green for I Am Mother, the knowing and lived in script from Imogen McCluskey and Beatrice Barbeau-Scurla for Suburban Wildlife, and the joyously romantic and tender script from Miranda Tapsell and Joshua Tyler for Top End Wedding.

It’s absurd that this writing was rejected. There’s been no comment from AACTA regarding why there was only one screenplay category, but I do hope they elucidate some information regarding it soon, because it’s frankly embarrassing that this has occurred.

Less egregious, but still frustrating, are the snubs of Daniel Henshall in Acute Misfortune (for my money, the best performance by a lead actor this year), his co-star Toby Wallace, both Holliday Grainger and Alia Shawkat for Animals, and Laura Gordon’s searing performance in Undertow. Ever since the shift from AFI to the AACTA’s, there has been a higher level of recognition given to international stars over Australian stars. This is not to say that Timothee Chalamet, Dev Patel, and Hilary Swank aren’t deserving (they are!), it’s just that their nominations come at the cost of (arguably) better performances.

Which leads me to my next criticism. The Best Indie Film Award Presented by Event Cinemas. It’s great that low budget Australian films are being recognised, but what use is the recognition if they’re cordoned off into their own segment and then not nominated anywhere else? It was great to see West of Sunshine ‘break out’ of the category last year, but to say that the five nominated films here were not worthy in any other category feels reductive, and also like a slam against the films themselves. I’ve already mentioned how great the work in Acute Misfortune is, but to ignore Rodd Rathjen’s work with Buoyancy, and to also deny cinematographer Michael Latham a nomination as well feels criminal. I’m also stunned that the acting and writing in Heath Davis’ brilliant dark comedy Book Week were ignored.

Again, it’s great that the AACTA awards are celebrating independent Australian cinema, but they need to ensure that this category doesn’t become tokenistic, and that it doesn’t become a way of excluding the independent films from the larger categories.

With that said, it is impressive to see that a film like The Nightingale (which The Guardian cruelly called a ‘blockbuster’, given it’s only made $400,209 internationally at the box office) has gained so many nominations. It is a powerful film, one that leaves a mark on your mind forever.

While all the films are decidedly Australian productions, the AACTA Awards are once again presented with a great dilemma – do voters go for a film that is a truly Australian story (like The Nightingale or Top End Wedding), or do they go for the prestige that comes with global films like Hotel Mumbai and The King?

If the AACTA Awards are to work as an affirmation of the Australian film industry, an assurance that it is alive and well and thriving positively, then they also need to work as a celebration of the Australian identity. I’ll do my picks for who I think will win and who I think should win soon, but for now, I can’t see any film fitting that self-prescribed brief better than Top End Wedding.

Sound off in the comments about what your favourite nomination was, and who you think was snubbed.

And head over to the next page to check out the complete film nominations. 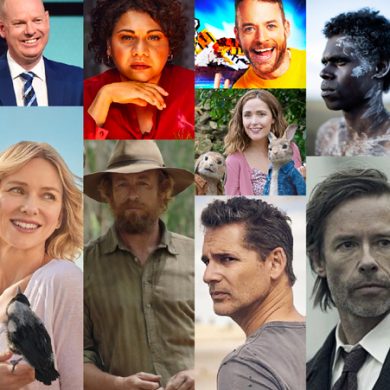