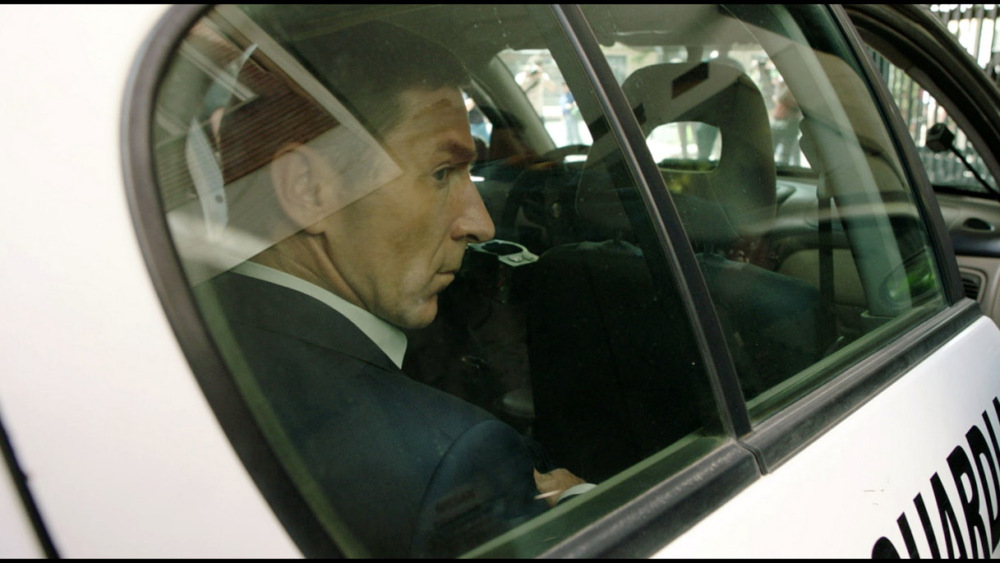 The Realm is based around Antonio de la Torre’s character Manuel Lopez-Vidal: a high-class politician whose life begins to stream out of control when and his party and his corrupt business dealings threaten to become public. Director Rodrigo Sorogoyen co-writes this extremely well-polished story with Isabel Peña, providing a narrative so fluent and compelling that it didn’t matter if you missed out on the odd subtitle here and there.

De la Torre’s performance here is fantastic, it doesn’t take a deep understanding of the Spanish language to see that he really has put everything he has into his performance through great non-verbal cues. From the beginning his arrogant, high class ways are evident; for lack of a better word he is a prick. But as the story evolves, his arrogance fades away, showing a man going from desperate to vulnerable to scared. Manuel has everything to lose, he has a great life, a great family, a great career, money, a beautiful home and the situation he finds himself stuck in threatens to take it all away – he has every reason to be scared. His body language and emotional range really are distinguishable here.

One particular scene, set on a balcony, between characters Manuel Lopez-Vidal and Cabrera (Luiz Zahera) is one for the ages. This scene is so intense, especially from Zahera, whose tone fluctuates throughout as he recites his lines. His body language is also fantastic, he feels betrayed and exposed and he shows this through actions, not just words. De La Torre is brilliant, but Luiz Zahera is even more so. His performance impacts the scene in such a way that you actually start to feel for their characters, even though realistically they are arrogant high-roller criminals. Feeling bad for these characters conflicted with my own morals. why should I be sympathetic towards these criminals, these politicians that have taken advantage of their position at every turn. It’s much like the real life political landscape of Australia right now, which makes it all the more conflicting for me to feel sympathy for them.

Co-writers Sorogoyen and Isabel Peña have done a great job with the screenplay. The build-up in tension from beginning to grand finale is great, with the story flowing effortlessly through narrative beats. The cinematography by Alejandro de Pablo was also great, creating visuals that are stylish and sleek, and when matched with the original music by Olivier Arson only helped complement Sorogoyen’s skilled direction.

The only part of the film that I took issue with was the lead character of Manuel Lopez-Vidal as the main character. While Antonio de la Torre gives a genuinely great performance, one that kept me interested in the character, I just don’t respect criminals with little redeeming qualities as the protagonist. Even when his life was spiralling out of control, I just couldn’t bring myself to really care for Lopez-Vidal as much as I would have liked.

Overall The Realm is a fantastic political thriller filled with outstanding performances based around a sleek, well-polished story. Whether you speak Español or not, I certainly recommend The Realm.

From Bringing Up Baby to My First Summer: Celebrate Valentine’s Day with These Fourteen Romantic (and Not So Romantic) Films