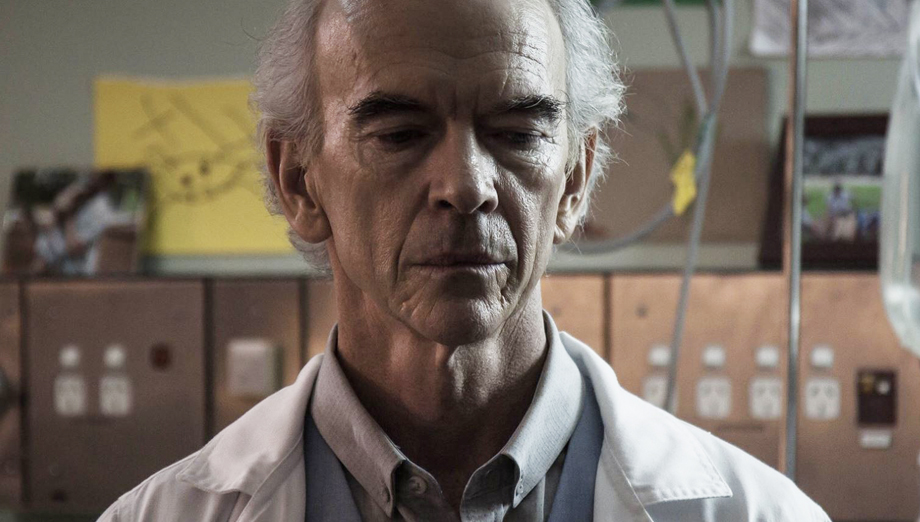 After 2 years of looking for a way to bring her young son David (Morrison Gammon) out of a coma, Dr. Amy Wintercraig (Megan Drury) finds herself pulled into an eerie underworld filled with ghosts, dead bodies and other creepy creations. To find her way back to reality she must navigate this supernatural School to not only find herself, but also find her son.

Megan Drury (The Fighting Season, Manny Lewis) heads the cast as Dr. Wintercraig and she holds her own against the monsters of the underworld, giving a tough yet desperate performance. You can tell that she is at breaking point and is desperate for David to wake up – but she is also determined to find him and not let him down. Nicolas Hope (Bad Boy Bubby) plays Dr. Peter Masuta, Amy’s colleague and friend at the hospital that she works, his role is not a large one nor is it important. Hope surely realises this and is just going through the motions, his performance is neither her nor there.

Jack Ruwald plays Timmy, a ghost and part of some sort of ghost gang that punish other paranormal beings for things like singing or crying. Timmy is just a young lad scared witless by the gang’s leader Zac (Will Macdonald) and wants to help Amy. He is a quiet achiever in this film with the young lads performance one of the better ones in the film. Amy is also assisted by Becky and Jien played by Alexia Santosuosso and Milly Alcock and both the girls are fine in their roles without being anything to rue over. Will MacDonald does great as Zac though and is quite the psycho. From choking little girls to burning faces off Zac has it all covered in his overt display and is on his way to making a great Villain – It’s just too bad the rest of the film is all over the place.

The School is pretty much right into it with Amy waking up in a what looks like a blood filled bath and begins with some great opening scenes. While Aaron McLisky’s cinematography is quite good throughout the entire film you can’t help but feel a sense of low budget TV show about it. There are times where the mostly good performances drop off, line delivery goes out the window and the score does absolutely nothing to help. Michael Lira, who clearly has talent as he has a decent amount of ‘upcoming’ Composer credits to go with his already long list on IMDB  – utilises a score that sounds almost epic. It seems like it belongs in some sort of Medieval film or possible on a video game, but it’s too much here given how slow The School moves, how eerie it is trying to be (but isn’t) and how little is actually happening.

One aspect of the film that is great is the make up artistry and the set design, it is top notch. An amazing little universe is created for the film, but it really is not used anywhere near as much as it should have been. One of the issues here is that Amy runs rings around the old education facility and we see the same sets too often. There was so much opportunity to explore, but so little exploring is undertaken. The screenplay, by director Storm Ashwood (with contributions from Tessa Alana) is also an issue in that again, he has thought of almost a unique environment but really hasn’t used it to its full measure. Imagine if in Lord of the Rings, all they did was walk from one tree to another with nothing happening. There was also opportunities for jumps and scares throughout the entire film – but when a “Wheeper” appears, while looking creepy, it just slowly slides past and doesn’t bother the protagonist in the slightest. I found that the film really didn’t know what it wanted to be, while I got the impression it was to be a horror, after watching, it certainly isn’t. It wasn’t an action or a thriller either, or a drama. My best description of it would be a supernatural-mystery.

Ashwood has certainly created a great atmosphere but due to some shonky writing and an underdone plot has let himself, and us, down. The potential was there but the finished product will look out of place on the big screen and truly needs a good 3 hours to fully explore the environment and some more shocks.