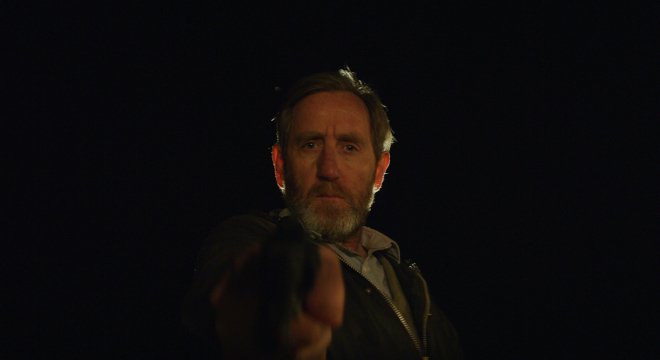 The Toll Review – A Film That Delights in the Absurd


Ryan Andrew Hopper’s debut feature The Toll gleefully wears it’s influences on its sleeve yet still manages to create a unique dark comedy that never gets bogged down in self-seriousness nor overt silliness.

Michael Smiley (Kill List) plays an unnamed toll booth operator on a lonely stretch of highway in Wales. His is a life where seemingly nothing happens; he reads John Edward Williams’ classic novel Stoner (a book where nothing happens and it’s glorious) and collects the 40 pence toll from the few drivers who happen to pass his way. However the toll booth operator has more than a shady past which led him to hiding out in Wales. He also has a fairly shady present as he organises illegal sales of goods from local toughs. The setup is more than a little absurd but if one follows the premise it makes for some quirky and humorous moments.

After being spotted by a former accomplice from a crime syndicate that he escaped 29 years ago the toll booth operator has to decide whether to leave his seemingly mundane existence or wait for the reckoning that will soon be coming. Having already created a network of people willing to work for him, including the local ambulance driver, a woman Elvis impersonator and her lacky and local bad boy Dom (Iwan Rheon), he decides on the latter option. What he doesn’t expect is a set of bizarre circumstances which include him being robbed at gunpoint by a set of wannabe Instagram crime spree stars known as the Morgan triplets (Gwyneth Keyworth). For a tiny town in the middle of nowhere a lot is going on.

Catrin (Annes Elwy) a local police officer also spends her time essentially doing nothing. She drives around with the ashes of her father who was a victim of a hit and run a year prior and puts out spot fires when the locals act up, such an armed robbery at the local service station by the Morgan triplets. Hers is a lonely lot and she has formed some attachment to the toll booth operator, enough to turn a blind eye to anything nefarious he may be doing.

An isolated town filled with eccentric characters and a mysterious man with a violent past certainly sounds familiar – it’s been seen in dozens of Westerns and writer Matt Redd and director Hopper knowingly wink at the audience. What we haven’t really seen is this aesthetic transported to an indie film set in Wales and that familiarity (and disconnect) elevate the comedy of the film. The Toll is delightfully weird and in some ways reminiscent of early Ben Wheatley. It’s little surprise that Michael Smiley was cast as his laconic presence anchors the film in both the comedy and crime stakes. Watch out for an extended cameo from Steve Oram (Sightseers) that also plays into where the film sits in the pantheon of British comedy/crime capers.

For a film that delights in the absurd there are some significant emotional beats brought to the table by Annes Elwy’s Catrin. Her grief and isolation are palpable and make her relationship with the toll booth operator a natural extension of her need to connect. Elwy is a genuine presence in the film and manages to give the audience a sympathetic character.

The Toll is a lot of fun and the mixture of deadpan comedy with some fairly significant violence should please an audience that is looking for something fresh yet vaguely familiar. 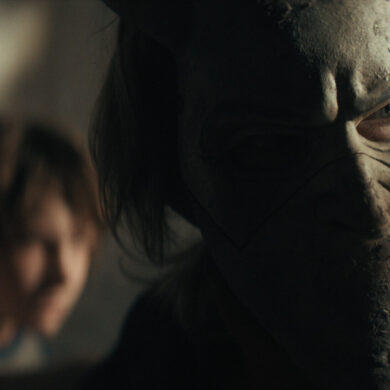