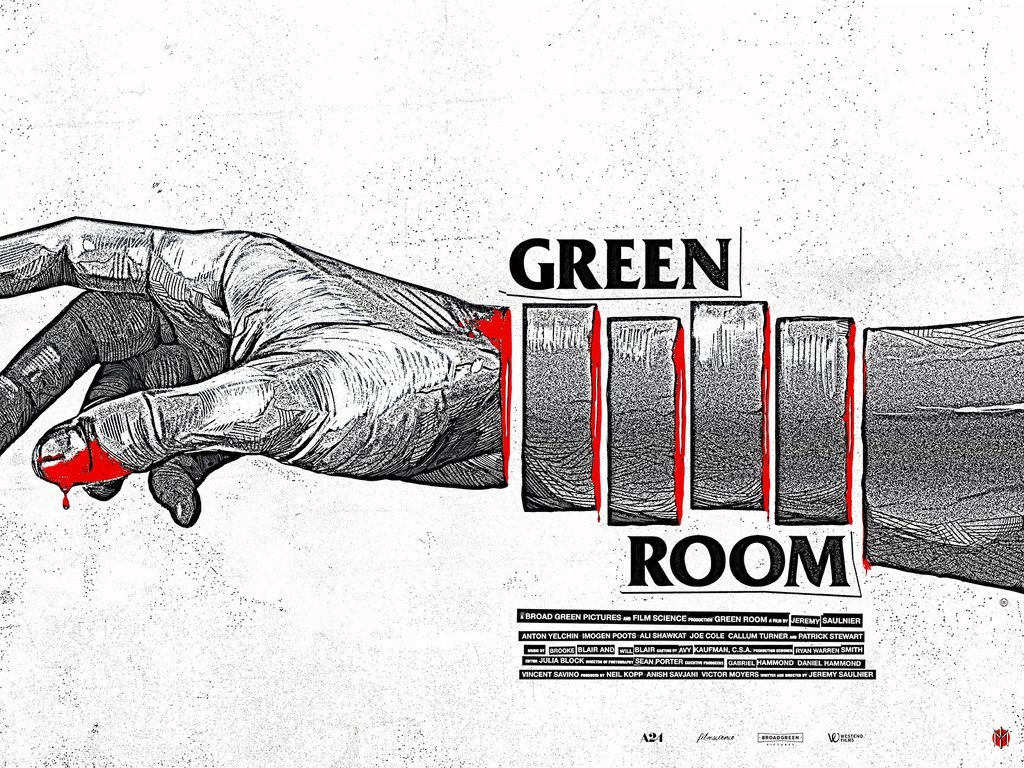 90. Rich Kelly’s early work presented characters in skewed, zany poses. Take a look at the warped Chewbacca in his early Star Wars print, or the sketched Bottle Rocket characters. As he’s progressed as an artist, that particular aesthetic has slipped away. What remains is the same artistic quality right behind some impressively powerful imagery. His recent Shaun of the Dead print is one of the finest for the film, capturing the mania and chaos within Edgar Wright’s cult classic.

On the flipside, his 2014 work for the Coen Brothers best film (fight me, go on), Inside Llewyn Davis, is subdued and draped in melancholy. There’s a sadness that is draped across this print, one that evokes the feeling of Llewyn Davis – a man who always tries to be the best self he can be, but happenstance and fate has him doomed to never succeed. The sun is always behind him, with everyone walking in a different direction – heading away from the narrative that he is trying to write.

89. In terms of iconic Mondo prints, you really don’t get more iconic than Martin Ansin’s early Universal Monsters prints. His versions of Dracula, The Bride of Frankenstein and The Phantom of the Opera alone would all be career best prints from anybody. The fact Ansin did all three, and Metropolis within a short period of time truly cements him on the Mount Rushmore of Mondo artists. (Subnote: years later, Ansin created another iconic career best print with his Ghost in the Shell print.)

Dracula was released in three variants – a red backed regular, a grey backed variant, and most importantly, a coffin shaped print. Fancy, unique sized variants are usually eye rolling-ly bad, but this is as apt a variant as possible. What appears to be a simple picture of Dracula, this is as multilayered as the character himself. (Take a look at his shadow.)

88. A short spoiler alert – Olly Moss’s Evil Dead print will appear further up the list. It’s the perfect companion print to Todd Slater’s early work. One is a print that evokes the terror of the first Raimi film, the other (Slater’s) evokes the manic glee of the sequel.

The iconic house is as memorable as Bruce Campbell’s Ash, and Slater puts it front and centre here with it making up the eyes of a definitely laughing face. The house itself is a site of terror in Raimi’s film, one that bathes in gore in endless glee.

87. Martin Ansin appears again, this time showcasing a print that’s miles apart from his 89 entry Dracula. Here, the camp factor of the 1966 Batman series is on display in all its vibrant glory. While I personally wouldn’t hang a Batman print, it’s undeniable the pure joy and affection within this print for this ground-breaking series.

Adam West’s simple Batman costume is front and centre, with the gallery of loveable rogues behind him. This is pure fun. Echoing myself, but this is another career best effort from Ansin.

86. Lars von Trier is a director who you’d almost expect to be low on the list of directors whose work would get a screenprint of. But, one of the great aspects of Mondo is that they don’t just deliver prints for blockbuster films, they also cater for the small, independent, arthouse fare.

While it was a tough choice between Tomer Hanuka’s great Melancholia print, or David V. D’Andrea’s Antichrist print, it was the doom forseeing fox that won out. The aged parchment feel of this print helps reinforce the fractured relationship that von Trier’s horror covers. This feels like the front cover of an age old tome that tells a Shakespearean (or maybe it’s the Marquis de Sade?) that has been dug out of a dark, long dormant tomb.

85. As I compiled entries for this list, I kept getting this niggling feeling that there was a print I was missing. Surely there was something Ryan Gosling related that was missing. I kicked myself when I realised that Rory Kurtz’s Drive print was missing.

Drive, like many other IP’s that Mondo have, has had many, many ‘best’ versions – Ken Taylor’s adorns my walls, but Matthew Woodson’s is just as great, and Tyler Stout’s versions are intriguing – but none capture LA, Gosling and the mood of Nicolas Winding Refn’s cult film as well as Kurtz’s work.

84. Again with Stanley Kubrick’s The Shining! But Andrew, you said that Kleinsmith’s print was the best version of a print for that film. Yep, well, um… anyhow.

Full disclosure, this is the first of seven WeBuyYourKids prints on this list. I won’t lie – I love their work. This 2008 The Shining print works equally well as Kleinsmith’s print. Here, the many roles of Torrance are displayed in all their grotesque glory – husband, father, writer, caretaker, madman, murderer – and as they consume Jack, he no longer becomes recognisable as himself. He has become a demon.

83. Tula Lotay is a fairly recent entry into the Mondo artist pantheon. Her painterly images make you wonder how the heck it’s a screenprint (Jason Edmiston’s work is possibly to thank for this). When Patty Jenkins Wonder Woman came out, it became evident very quickly that Lotay would be the ideal artist to bring Diana to life.

Standing in an almost ethereal manner, Lotay’s portrayal of Gal Gadot’s Wonder Woman is obviously godlike. Hovering like a deity, you can imagine easily the devastation that Diana can bring onto her foes, but equally, you can see the caring figure that she is. Lotay draws the female figure like nobody else in the Mondo library.

82. Jeremy Saulnier’s Green Room is an anxiety attack of a film. It’s punk driven narrative is an ode to bands like Black Flag – take no prisoners music that is balls to the wall and letting you know exactly what the fuck it’s there for.

The gore in Green Room is immediate and gut wrenching. Your stomach twists as Anton Yelchin pulls his arm back from the crack of a door after being attacked by an unseen man, the skin and viscera in tethers. Oliver Barrett pairs that scene with Black Flag’s iconic punk album. It’s so genius, it hurts.

81. If you were a horror fan when Drew Goddard’s The Cabin in the Woods came out, you knew that you couldn’t tell anybody about what went on in it. Heck, if you haven’t seen it by now – do, but go in as blind as you can.

Phantom City Creative’s print works as a great calling card for what the film is – an Escher painting of fear. It’s even more impressive that it doesn’t spoil a thing for those who haven’t seen it, but for fans, it’s a perfect representation of the horror intricacies within the film. (The honeycomb overlay being a super nice touch.)

That’s it for today. Come back tomorrow for entries 80-71… 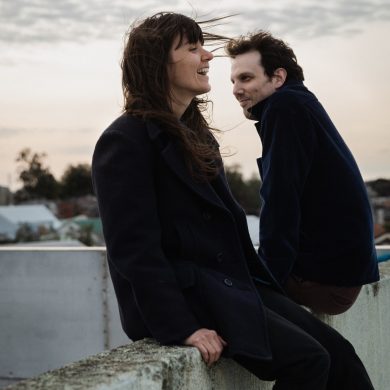