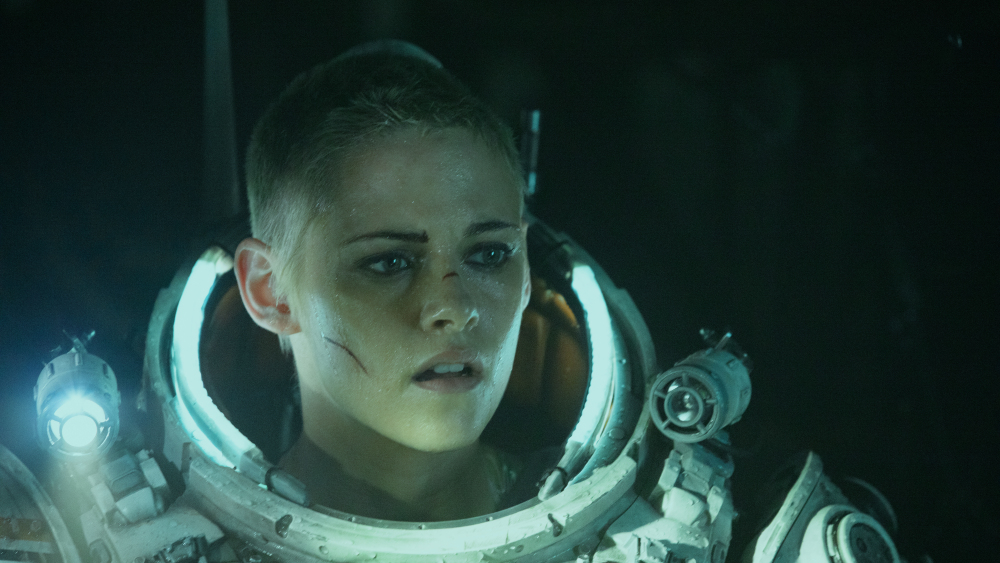 The bottom of the ocean contains more than just a sparkling blue diamond belonging to Kate Winslet.

Released under the studio formerly known as 20th Century Fox, Underwater is a sci-fi horror where monolithic structures that are clouded by an all-encompassing darkness drill through the ocean floor; mining for precious resources that have probably been exhausted on land.

Six miles beneath the ocean’s surface, disaster strikes the crew of Kepler 822 Station. The widespread destruction forcing the remaining survivors of a faceless mining magnate, including mechanical engineer Nora (Kristen Stewart), to fight for survival against unknown forces.

Exactly how far does humanity have to plunge before realising things on the surface need to change? Underwater wears this sense of metaphor and pro-environmentalism as tightly as an antique scuba-diving helmet. That said, the topical points made in Underwater become lost amongst a myriad of meaningless scares, comedic pratfalls (have we somehow forgiven TJ Miller?), and derivative storytelling which doesn’t take full effect of the film’s expansive surroundings.

Stewart, confidently rocking a Slim Shady trim, is subjected to torture as a form of character progression; a questionable (and frequently applied) arc that promises female empowerment in exchange for suffering (Gravity managed to execute a similar trajectory of its central characters growth with stronger poeticism). There is a valid argument to suggest this treatment comes as a routine nature of survival films. However, the handling of characters in Underwater merely serves to evoke underwhelming tension in a film that heavy-handedly uses female struggle as a motif for inequality.

Touchy character arcs aside, the era of the Kristen-aissance reigns on, with Stewart doing a mighty job with soggy material. The freshly appointed Hollywood Critics Association Actress of the Decade carries herself with an endearing self-confidence that forgives the occasional wincing and gaping expressions which have become synonymous with the Twilight stars acting style. (Her soft-spoken narration does little to help distance herself from her vampire-romance infamy). The supporting cast – including Vincent Cassel, John Gallagher Jr., Jessica Henwick, Mamoudou Athie, and Gunner Wright – deliver sound performances in unnecessary roles that highlight the dangers of the deep.

The film pulls in-and-out of jump scares so strenuously that it risks giving audiences the bends. What may, or may not, exist outside the submerged station walls beats with a rhythmic ferocity that foresees, and undoes, most of the film’s scares. Exterior shots that should offer expansive darkness feel two-dimensional, with director William Eubank (Love (2011), The Signal (2014)) being unable to maintain tension as a result of trite visuals.

Eubank turns Underwater into a pastiche of other sci-fi/horror films before it; revealing the titles of these films would sully the experience of watching Underwater. Though, it offers no spoiler to suggest that Underwater is to Stewart what Gravity and Alien(s) are to Sandra Bullock and Sigourney Weaver.

Slowing down an $80 million film to make pointed statements on environmentalism is likely to inspire the next few years of filmmaking. Its commonality will place greater pressure on filmmakers, gifted with the dais to inspire social change, to construct subversive ways of denoting earth’s continued climate emergency. The modern technology presented in Underwater suggests that the time is now, with the truism behind the film’s environmental metaphor lacking the needed pizzazz to cut-through.