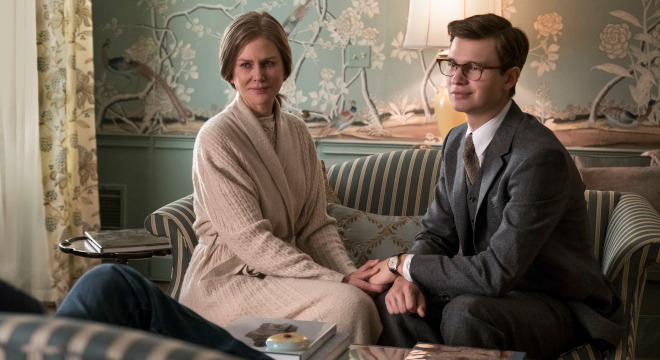 The Goldfinch Review – An Appreciation of Art Steeped in Tragedy

The Goldfinch is a journey through art, childhood and the fundamentals of human emotion like no other. It has all of the inquisitive edge of a murder mystery without the murder, keeping you tied to the plot and aching for the answers to your own questions, which inevitably become more philosophical than plot-related.

The film is based on Donna Tartt’s 2014 bestselling, Pulitzer Prize-winning novel of the same name. It follows the grievously saddening life of a young boy after a terrorist attack at the New York Metropolitan Museum, during which our main character (we’ll reserve the word ‘hero’) Theo, steals, almost unintentionally, an invaluable painting of a little bird, (which the book and film take it’s name from). Theo’s mother is killed in the explosion, plunging him into a world of tumultuous, day by day existing, lost and found family and ultimately sets him on a path of addiction, lies and an exploration of his own loss.

We follow Theo through his drug and alcohol fulled teenage years as he is faced with abuse from family – and it seems too, from fate; as he meets tragedy after tragedy with all the earnest fear and sadness of a gangly young man still learning to navigate the world and his own trauma. He carries with him an astonishing weight of guilt, one audiences are reunited with tenfold when we are met with an adult Theo throughout the films, which flickers between his dark younger years and potentially even darker adulthood.

All the while, viewers are gently guided into the world of fine art and high-end self-destruction as Theo evolves into an antique dealing, drug-addicted, painfully in love and still deeply grieving man. The film beats with the heart of his psychic pain, blanketed on a canvas of settings from wealthy family manors, derelict antique workshops and even a desert bleached “home” on the edge of abandoned Las Vegas suburbia, all of which Theo calls home and to which no detail has been spared in the effort to make Theo’s far out existence more tangible. The characters who fill these spaces contrast one another so steeply and yet still manage to provide the perfect complement to both one another; from Theo’s gambling-addicted father to his quietly generous ward, and Ukrainian best friend with a penchant for cigarettes and other bad ideas. Each contributes, in their own right to keeping Theo on, and tearing him off, the strait and narrow. The extraordinariness of the story is brought back down to earth by the realness the films attention to detail provides from both it’s settings and cast.

It’s a kind of coming of age story that pairs nostalgia with a raw look at the human condition. The Goldfinch, tears open personal loss, the manifestation of trauma, friendship and family and examines with unflinching truth, how all these precious things change and shape us – and not always for the better. It asks if people who do wrong can still ultimately be considered good and doesn’t wholly answer the question, leaving us an unfinished kind of redemption arch to sit and contend with post-viewing. The film proposes a big ask in calling audiences to sit with the kind of heaviness and convoluted nature of a plot which mimics life delivers for the duration of it’s two and a half hours. Its not a film for everyone, steering itself away from any particular coming of age or psychological thriller genre but its an intriguing watch and at the very least, oddly beautiful in many respects.

The Goldfinch is tragedy and rawness rolled in an appreciation of art and fine music and steeped in dark, realness that refuses to shy away from it’s poignant shadows. A watch for the art lovers and psycho-analysts in us all.

From Bringing Up Baby to My First Summer: Celebrate Valentine’s Day with These Fourteen Romantic (and Not So Romantic) Films

Writer: Peter Straughan, (based on the novel The Goldfinch by Donna Tartt)