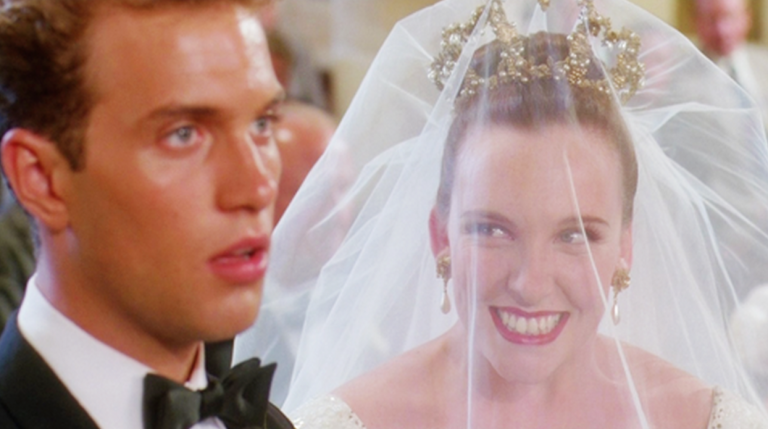 The two very best comedies in the history of Australian cinema are The Adventures of Priscilla, Queen of the Desert and Muriel’s Wedding. There I said it.

That’s just how I feel, and yes you may feel different, but what’s the competition? Sure, The Castle is a national touchstone, but it’s more quirky, weird film than something deep. It’s nice, but utterly simple, and sometimes, or most times, comedy deserves to be more. Comedy, like any genre, succeeds when it has something to say, rather than exist for its own sake.

Priscilla and Muriel’s Wedding both have that something more to them. There are some major similarities, both released in 1994, both featuring stories of characters not often seen as the leads in Australian films (or movies in general for that matter), both were major financial successes, and both of their respective directors, Stephan Elliott and P.J. Hogan, never made anything close to as good as these films. And especially, both films have been credited to the resurgence in ABBA popularity across the country in the 90s. Also, Bill Hunter is in both, which isn’t a surprise.

These films are seen at first as feel-good comedies featuring oddball Australians in weird locations being quirky and all the stuff that Australian movies get described as. Beneath each film is a story about trying to overcome deep personal insecurities and defying conventional expectations to be better and find a purpose in life.

Priscilla, if you haven’t seen it, is about three drag queens from Sydney traveling to perform a show at Alice Springs, and how their journey is one of dealing with homophobia and responsibility, as well as being as flamboyant as possible to make a personal statement. It is a ridiculously funny, colourful, and strange film that does use broad stereotypes of queer characters, but it’s entry-level into the world of the LGBT community in Australia, or just a small part of it, while still showing the truth of being queer in the middle of the country at a time when it was far away from the progressive mindsets we have now.

Muriel’s Wedding, if you haven’t seen it, is about Muriel Heslop who’s dream in life is to escape her dingy small town and have a big, white, storybook wedding to whisk her away into a better life. With this dream in mind, she scams her family out of $12,000, moves to Sydney with her best friend, and finds her big white wedding, but everything about that dream is wrong. In her tunnel vision, her friends and family get left behind to their listless lives, and it takes losing everything for Muriel to actually realise what matters most in the world.

What interests me the most in these films is not colourful costumes, carefree use of profanity, or the nostalgia-heavy soundtracks, but how each film can have all those things with great humour and still balance effective moments of drama without it ever feeling way out of place. Each film tells a journey of characters understanding life in their own ways, in ways that audiences can still understand no matter what. You can see yourself in Muriel Heslop, wanting to escape your dingy, gross-sounding name town and a meaningless life to find something better in the world, or like Tick Belrose, Bernadette Bassenger and Adam Whitely, trying to live your very best life in a world that seems to reject the very idea of you.

Priscilla balances its strengths of incredible costume design, gorgeous cinematography and fantastical visual style with themes of paedophilia, fatherhood, homophobia, and transphobia, and still is entertaining and fun nonetheless. Muriel’s Wedding has rather confronting themes of infidelity, corruption, poverty, mental illness, physical rehabilitation, masculinity, and loving yourself while still making you feel endlessly hopeful and joyful in the end. This balance is up to the incredible directions from Stephan Elliott and P.J. Hogan and terrific performances from Hugo Weaving, Guy Pearce, Terence Stamp, Toni Collette, Rachel Griffiths, Jeanie Drynan, Gabby Millgate, Daniel Wyllie, and Bill Hunter.

Looking back on each film now, sure some things have not aged well. For one thing, both were made in the mid 90s so despite great costumes in Priscilla, the fashion in Muriel’s Wedding is horrendous. Both films aren’t subtle about their themes, thus their broad depictions of female friendships or members of the LGBT community can feel heavy-handed or awkward by today’s standards. But they both broke ground for Australian cinema in ways that have yet to be exceeded today.

Muriel’s Wedding depicted everyday Australian life in small suburbs like how many have lived, unafraid to be frank about the hardships people go through just to get a bit ahead in life. The Heslops are working class, and have their own problems, like most Australian families, and a main cast of Australian women with most of the speaking roles seems more and more like a rarity. With Priscilla, the obvious ground broken has been discussed with the open and proud depiction of LGBT people, but also has one scene I always think back on for reference to a positive depiction of race. Yes, the scene of the Asian stripper-wife is not good and is the film’s big weakspot, but the casual inclusion of a group of Indigenous Australians who happily participate in a fun dance number with the drag queen trio is one of the only times in Australian film that the Indigenous are not just treated as mystical elders or the subjects of racism.

The Adventures of Priscilla, Queen of the Desert and Muriel’s Wedding are some of the best-balanced, funniest and most meaningful films we as a country have to offer, and yes they are dated in a way, they have timeless themes, perfectly interwoven throughout. I cannot think of a more enjoyable and engaging double feature in Australian cinema!