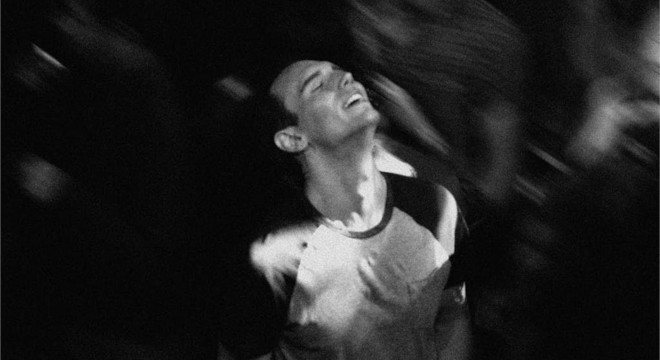 Yen Tan’s 1985 may be presented in black and white, giving the illusion that this is a story that takes place long in the past, but this is a narrative that is still startlingly relevant in today’s society. Adrian (Cory Michael Smith) is a gay man returning to his greatly religious home from New York for the Christmas holidays. His parents, Dale (Michael Chiklis) and Eileen Lester (Virginia Madsen), are unaware of his sexuality, forcing Adrian to keep who he is a secret, and in turn, making him bury another secret that may make this the last Christmas that he will spend with his family. Adrian recognises that his younger brother, Andrew (Aidan Langford), is also gay, even if he doesn’t recognise it yet himself, and so, while he can, Adrian tries to impart some of the life lessons he has learned to help make Andrew’s life a little bit easier.

1985 is a powerfully quiet film. It’s understated in its presentation, with cinematographer Hutch exploring the spectrum of grey beautifully in a way that eternally evokes that hazy light between dusk and the darkness that comes with night time. There’s a vibe of change that runs through 1985; an uncertain change that comes with the burgeoning open sexuality of the eighties, and the devastating AIDS epidemic that wrought the already vulnerable gay community, creating further stigmatised victims out of an horrendously victimised group. Yen Tan doesn’t present this history explicitly, instead allowing the home life of the Lester family to quietly inform what life was like for those in the midst of this crisis.

Away from the disco lights and the refuge that a community can provide, the quiet, unassuming judgement permeates through life. While Adrian’s parents are religious, attending church every week and being heavily involved with church related activities, they are not terrible people. Their beliefs may harm Adrian and Andrew’s lives, but they do not outwardly realise the harm that they create. As my mother would say, the worst thing you can say about someone is that they are ‘well meaning’, and it’s clear that both Dale and Eileen are exceptionally ‘well meaning’ parents. They believe that they have followed the right path in raising Adrian and Andrew, yet outwardly remain oblivious to the effects of their actions on these two young men.

1985 is not a film that demeans or demonises religious life, instead, Yen Tan shows the nuances that exist within these families. Michael Chiklis has never been better as Dale, a blue collar father who is perplexed by the changing world, clocking in for his daily job, all the while clocking in as a member of his church. This is the place that history has dictated that a man should take as he follows the path to the American Dream, and it’s Dale’s duty as a father to ensure his sons also follow the same path. Just as this is Dale’s role in the ‘American Dream’, it is Eileen’s role as a dutiful wife to stay at home, cook, and partake in church activities. Virginia Madsen has consistently been one of the finest actresses working in independent cinema, and Tan provides the material for her to deliver one of the most tender, caring, performances that she has given in her career.

During his visit home, Adrian meets up with people he grew up with. Whether it’s the bully who made high school life torturous who tries to buy forgiveness with a supermarket pumpkin pie, or the one time girlfriend who Adrian lost contact with, there are reminders of the life that was prescribed to him, but not the life he was meant to lead. When Adrian reconnects with ex-girlfriend Carly (Jamie Chung), he does so with the hope that he has someone he can honestly connect with. Jamie Chung may be mostly known for her genre-fare, but in 1985 she’s grounded and raw as a stand-up comedian who has had her fair share of troubles in life. The scenes between Adrian and Carly are powerful as the two share their own difficult stories, displaying just how hard it can be to be open to someone you care about and trust.

Yet, this is a film that rests solely on the shoulders of Cory Michael Smith. It is he who has to bring life a soul that has lived with decades of oppression and homophobia, all the while presenting himself as a man who has not been weathered by that hate. As Adrian, Cory is quietly devastating in his awareness of this being Adrian’s last journey home. Every scene carries a new aspect of a beautiful heartbreak, with each moment carrying an air of finality – the last beer with his dad, the last conversation with his brother, the last hug from his mum. Adrian’s fate is sealed, and while it is not one he easily comes to accept, it’s one that has been pushed onto him by cruel fate. For the countless lives needlessly lost due to AIDS, 1985 is a welcome reminder that their stories are valuable, that these voices are needed to be heard.

Dean Spanley Review – One Moment You are Running Along, the Next You Are No More: To Lose a Dog is To Know Grief

While 1985 is set in the past, with over thirty years of progression and history having been told by many unheard voices, there is an unsettling relevance to today. Yes, the LGBTIQ+ community has become more widely accepted, and care for those living with AIDS has greatly increased, but these are communities that are still persecuted by those who should accept them the most. The Lester family may quietly acknowledge Adrian’s sexuality come the end of the film, but they do so without talking about it. They do so with a ‘hush hush’ tone, suggesting that there is a level of shame associated with it. There is still so much more that needs to be done to ensure that lives are not broken through families that refuse to accept their child’s sexuality. While 1985 is not trying to repair that break, it does at least provide a field in which this kind of story can live and be heard.

If all of this sounds too maudlin, then rest assured – it is not. Yen Tan embraces the quiet, and embraces the domesticity of central-American life, celebrating what makes an American family something worth aspiring for, while equally exploring the troubles that are inherent with that life. Nobody is a villain, and nobody is judged – everyone is simply human, and that in itself is a powerful thing to present to the world. Honest, real, and immediate, humanity. 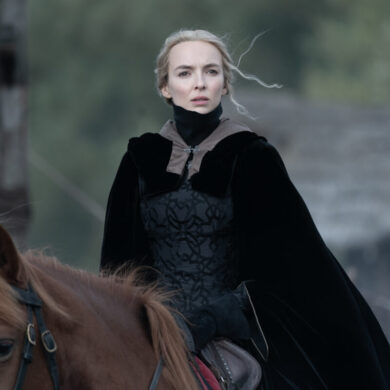