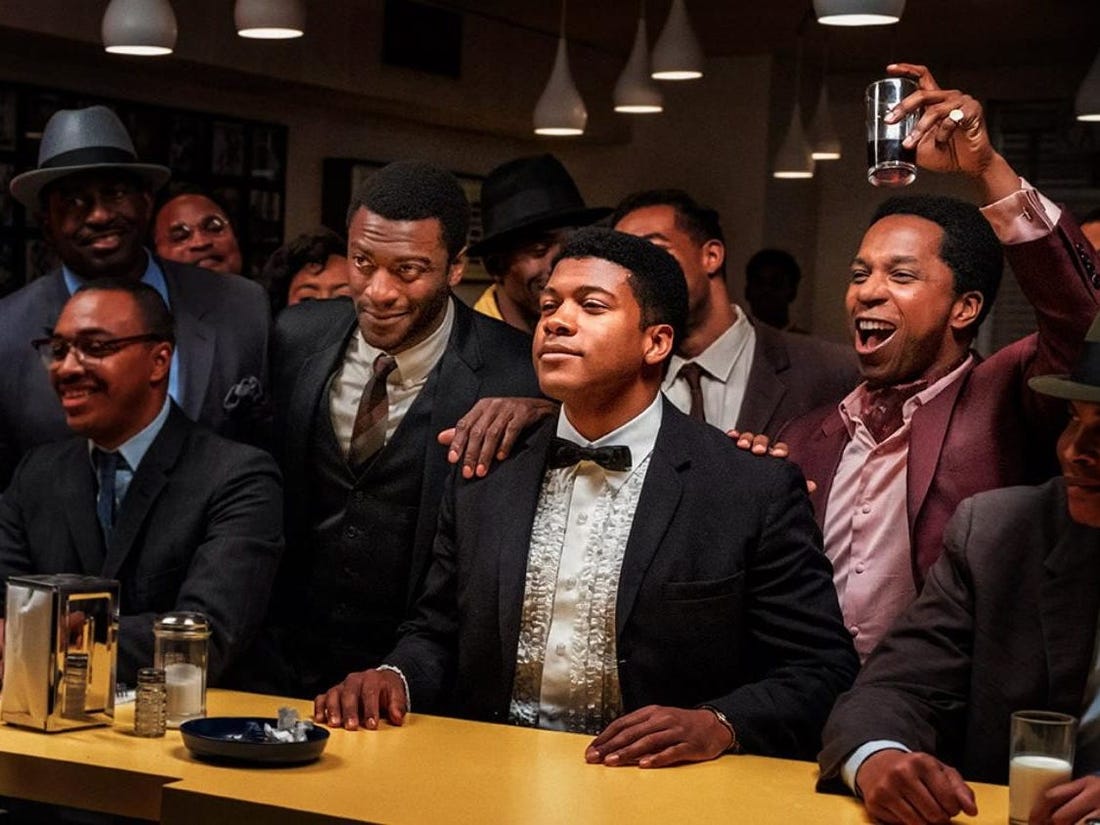 One Night in Miami


Adapted by Kemp Powers from his own one-act play One Night in Miami, marks the directorial debut of actor Regina King (seen most recently in Watchmen). Mostly taking place over a single evening in a Miami hotel room and with a main cast of four characters, King plays to her strengths as a first-time director. She shapes the intimate drama through the interplay of her ensemble, drawing us into a fictionalised moment in a pivotal point of American history.

Cassius Clay (Eli Goree) has just beaten Sonny Liston (Aaron D. Alexander) in a face-off at Miami Beach in 1964, becoming the World Heavyweight Champion. Instead of hitting the town to celebrate, he goes back to his motel room to spend the evening with his three best friends; civil rights activist Malcolm X (Kingsley Ben-Adir), champion footballer Jim Brown (Aldis Hodge) and singer Sam Cooke (Leslie Odom Jnr.), Over the course of the night the four men discuss their successes, failures and visions for the future. They also come into conflict with one another, as each of them have differing opinions about their responsibilities as successful men of colour in 1960s American society.

One Night in Miami is at times limited by its theatrical origins, as most film adaptations of one-act plays tend to be when trying to make four men in a room cinematic. But King manages to keep her camera set-ups well composed and unobtrusive, deftly managing the space of the motel room (and at one point, the roof) to keep up the narrative momentum while letting the acting shine through. And shine it does. King has assembled four extremely talented actors who not just embody these historical characters but bring them fully to life.

Ben-Adir presents a vulnerability as Malcolm X that belies his public persona, as he contemplates leaving the Nation of Islam, while Hodge portrays tough-guy Jim Brown as the pragmatist of the group who wants to quit football in favour of a film career. Odom Jnr. not only utilises his vocal talents as the singer/songwriter Sam Cooke but also gives voice to his insecurities and his feelings of inadequacy when compared to his friends. Goree though is the MVP as Cassius Clay, the young man’s braggadocio proving insufficient as his doubts about joining the Muslim faith come to the fore as he stands on the verge of becoming Muhammad Ali.

King has done a superb job with One Night in Miami. The ensemble cast (which also includes Lance Reddick and Michael Imperioli in small roles) has been perfectly assembled and by playing to her strengths as an actor King has created a thoroughly fascinating and entertaining debut. The fictionalised encounter between these historical figures acts as both a history lesson and a warning for the future. These men brought the racial injustice of the time to the forefront of American society but, as the film confirms, despite advancements by these role models, and many others before and since, there is still a long road ahead. As Sam Cooke sings, “It’s been a long, a long time coming, but I know change gonna come, oh yes it will.”


Natalia Meta’s The Intruder expertly uses sound at the forefront of its surreal imagery, as it explores a psycho-analytical dreamscape that plunges the audience deep into the recesses of its hero’s subconscious. Moving between diegetic and non-diegetic sound in concert with sudden shifts between dreams and waking, writer/director Meta accentuates the otherworldliness of sound and music and its ability to unnerve and excite, often at the same time.

Ines (Erica Rivas) is a voice artist and singer who earns a living by dubbing over horror films into Spanish. After a traumatic holiday with her boyfriend, Ines returns home suffering from troubling dreams and sleepless nights.  She also starts visually and aurally hallucinating, with her episodes effecting her work and jeopardising her place in an all-female choir. As she tries to discover what is happening to her, a fellow voice artist suggests she has an “intruder”; a malevolent spiritual force that she may have subconsciously invited into her life.

Meta successfully moves Ines through multiple scenes where the reliability of her point of view comes into question. When the film changes between dream and reality it is so intriguingly uncertain that one can only surrender to the surreal logic of it all. The use of sound is central to this balancing act. Music and noise are often presented out of context for just long enough to execute a cinematic sleight of hand, where nothing we are presented is ever as it seems.

Rivas is terrific as the out-of-her-depth Ines but Meta is the star here, navigating through her oneiric universe with an expertise, taking the audience along on her dark and disturbing ride that intrigues as it obfuscates. There is a misanthropic intent at the heart of The Intruder, with its dream logic and nightmarish sound design that offers more questions than answers, but also suggests there is some method in the madness.

Writer: Natalia Meta, (based on the novel by C.E. Feiling) 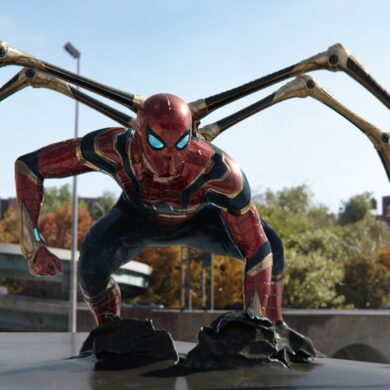