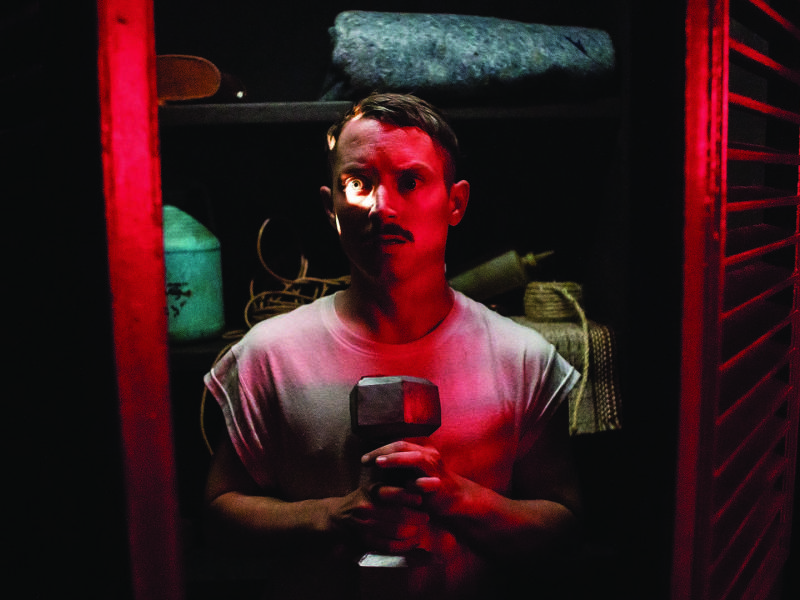 Come to Daddy – MIFF Review: An All Time Great

I am going to start this review by saying this: I love this movie. The credits hadn’t even been rolling for more than a second when I decided it is in my top 10 films of all time.

Come to Daddy is a film about a 35-year-old DJ, Norval (Elijah Wood), with a drinking problem who gets a letter from the father who abandoned him when he was five years old. The letter states that the he wants to see his estranged son, so the father-figure deprived Norval Greenwood packs his bags immediately to set out to find his dad.

Come to Daddy features a range of whacky characters, all unique in their own ways. It’s hard to really get into the characters themselves without spoiling the film so instead, I’ll talk about the performances. Elijah Wood is great for one, while he’s always dependable, and his performance here is no exception, it’s nothing compared to Stephen McHattie as Gordon. You’ve probably seen McHattie around, you recognise his face, he’s the guy from this, he’s the guy from that. But in Come to Daddy, you will definitely remember his name: Stephen McHattie. He is fantastic. His character is a riot and he is perfect in the role. Michael Smiley’s Jethro is another riot of a character, and again, is perfect. He is utterly hilarious, with a hippie hair do and an excellent script to work from. Then there is Garfield Wilson who plays the unusual sheriff Ronald Plum. Wilson only has a small role, but it is quirky and very memorable. Madeleine Sami was also great as Gladys, the coroner.

The film begins with some extremely memorable quotes that are sure to make you laugh, and from there on in, it’s nonstop laugh or cringe-fest. Cringe because of how gory and violent it can be. At least one cinemagoer walked out once the violence began, it was that hectic. The amazing pace of the film becomes frenetic as it switches between genres, comedy, horror, drama, thriller, back to comedy again. It blends them all together without any issues whatsoever. Screenwriter Toby Harvard has taken an idea from Ant Timpson and perfected it on paper.

The shooting location was great too. It was shot on a beach in Canada. But as open and as beautiful as the space was, it’s also remote, isolated, and lonely. Cinematography by Daniel Katz and elements of the script help reinforce this feeling.

Ant Timpson’s direction was also fantastic for his feature film debut. He created a hilarious, gory, film that is completely original and is the utmost fun to watch. It’s also super disturbed. Come to Daddy is a balls-to-the-wall comedy thriller and I implore you to support it if you get the chance.

Writer: Toby Harvard (based on an idea by Ant Timpson)