Experienced branded content and short filmmaker Patrick Green returns with the intriguing and riveting short film Mommy’s Little Monster, is about a woman, Kim, and her son, Philip on the run from an abusive relationship.

Kim, is played by Jenny Pellicer, but I actually thought she Katy Perry to begin with, but Jenny, whose previous credits include TV shows The Bridge and State of Affairs, is great in the role. What great about Jenny’s performance is her ability to show fear and compassion. Her expressions and body language display both of these emotions in a fine showing of acting ability. Philip, played by Tate Birchmore who at such a young age already has a lengthy list of IMDB credits, has not wasted one iota of his experience. Tate displays paranoia well and he and Jenny are a great pair. They both also display a level of shared trauma that felt real.


The script, also from Patrick Green, is well written and all the fine details are considered. Kim’s sudden escape is apparent due to the pyjamas she and her son are wearing, her ability to track and use a weapon is explained – it all works.

The thrilling short film also offers a great atmosphere – the silent forest, the isolated cabin, the perceived threat of a violent and/or possessive ex – it makes the film extremely tense and realistic. What Green has achieved in Mummy’s Little Monster’s 12-minute run time is great and could easily be adapted into a feature film that I’d gladly watch.

Mummy’s Little Monster is an effective psychological thriller that offers a lot of paranoia in a dark and eerie atmosphere in a short amount of time, be sure to check it out. 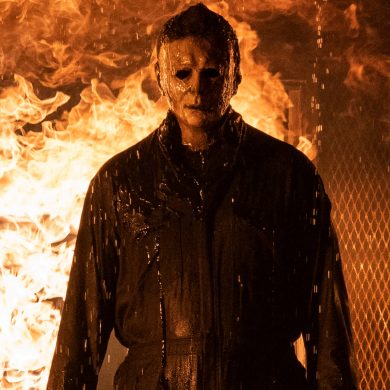