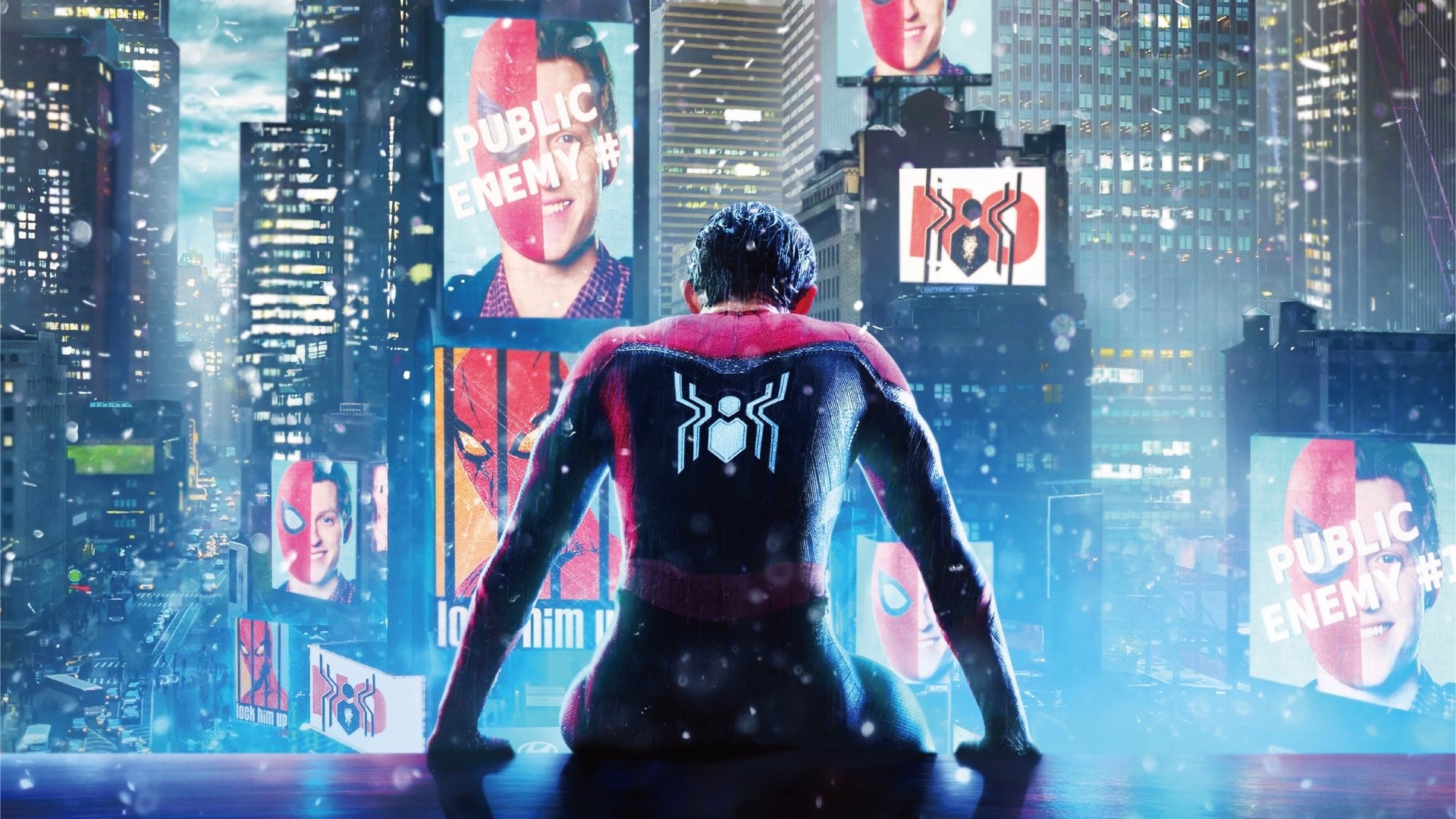 Spider-Man: No Way Home and the Damage of “Content” – Spoiler Review


It should be more acceptable to collect one’s thoughts before writing. I have spoken about the issue of it being okay to not write something about every movie you see. Here, a different issue arises.

With the release of Spider-Man: No Way Home in the last few weeks of December 2021, massive hype built up to cacophonous levels, until it all exploded with a massive opening weekend, reaching up to being the second-highest grossing of all time. Spoilers already started seeping through, and the conversation was heavy with what No Way Home had done for MCU storytelling and how it evolves and solidifies Tom Holland’s representation of Peter Parker as possibly the best yet.

And then the conversation moved on. It found another subject in The Matrix Resurrections, debating its validity as a sequel and new entry in an impactful franchise, and then it was Christmas, and then it was New Year’s Eve, and now here we are.

A Spider-Man movie made $1 billion in record time (12 days), people talked endlessly about it on every social media platform and outlet, and now it feels folly to make a review of it. Writing a review for a film almost 3 weeks after it came out? What’s the point?

This mindset is horrifically destructive. The idea that with massive movies in theatres making truckloads of money and audiences and critics mostly agreeing on its quality and validity, and yet any conversation about is time-sensitive. We can only discuss such works of art in an immediate timeframe because soon the next thing will be out and we all must move on.

To process art, discuss it, debate it, and ultimately respect it for a good amount of time, or perhaps forever, is replaced with consumption. Franchise films, no matter how good they are as standalone stories, are only seen as acceptable if it leads to a good promise of the next thing. Films are no longer treated by vast swathes of their audiences as experiences, but as content. Something to fill up a space and become contents of a larger container.

Spider-Man: No Way Home is a really good superhero film, probably the best piece of storytelling that Marvel Studios has produced this year, neck and neck with WandaVision. I really shouldn’t feel bad waiting until now to say something about the movie, because doing so is the best way to talk about a film like this. Give it time, let it sit in your brain, see it a second time if it is safe to do so. First reactions can be so hyperbolic, and after my second viewing I appreciated No Way Home’s strengths so much more than its more apparent weaknesses.

Jon Watts, director of the other two entries in this Spider-Man “Home” trilogy, seems to be more confident this time around. His high-energy and free-flowing depiction of this Peter Parker’s story and character is still maintained, particularly in the electrifying opening sequence, timed to “I Zimbra” by Talking Heads, but it is the turns to darkness that are the most incredible to see unfold. Both Homecoming and Far From Home had their share of more emotional beats, notably the “If This Be My Destiny” adaptation in Homecoming and Mysterio’s betrayal in Far From Home, but after Doctor Octopus (Alfred Molina) is taken off the board with Peter Parker curing his possession via his mechanical arms, Willem Dafoe’s Green Goblin makes his grand entrance, banishing the kind face of Norman Osborn. Dafoe at 66 goes all into the physical side of the iconic villain, delivering a full-force horror show that equals his excellent work in the 2002 Spider-Man. He then murders Aunt May (Marisa Tomei), spiralling Tom Holland’s Peter Parker into a whirlwind of rage and grief, with his only chance of redemption being the film’s most major secret.

If the internet hadn’t have been its rabid and eternally hungry self, then the return of Tobey Maguire and Andrew Garfield would have been a rapturous surprise, akin to Captain America wielding Thor’s hammer in Avengers: Endgame, instead of a toxic expectation that the movie live up to the rumours and leaks or else.

Nonetheless, it is an amazing moment to not only have both Garfield and Maguire in this movie sharing a scene, played for terrific laughs, but when all three Peter Parkers find each other, the darker tone is maintained thoroughly. The Peters share their common grief and downfalls, noting how the phrase “with great power comes great responsibility” lasts through three universes, and never once does the multiple Spider-Men feel like a cheap nostalgia play. They enter the story right when Tom Holland’s Peter is at his darkest moment, guiding him through his most heartbreaking event and showing him the benefit of the continuing struggle. Instead of all three being helped by magical Stark technology, a fair criticism of Far From Home, they use their collective intelligence to makeshift weapons against the villains they all feel responsible for. It becomes a great source of fun and delight seeing three actors playing the same character have fun with the idea of their differences and sharing wild experiences of being superheroes. Never did I think I would see a Spider-Man movie where Andrew Garfield cracks Tobey Maguire’s back, but here we are. Jon Watts handles the tonal balance with terrific ability, the jokes never feeling too out of place or disruptive to the story being told, and maintains a building level of danger for our characters, placing Spider-Man’s morality at the front and centre.

The film still maintains its core as being about Tom Holland’s journey as this character and his relationships with girlfriend MJ (Zendaya) and best friend Ned (Jacob Batalon). His very existence as both Peter and Spider-Man puts their lives in total disarray, unable to get into any university just by association. Even though it may not be the smartest or most logical decision, Peter still wants to try and do right by those he loves, even if it means sacrifice. Going to Doctor Strange (Benedict Cumberbatch) about making everyone forget his identity is something he struggles with because the weight of choice is such a heavy burden for him, and his mistake leads to a hive of villains entering, which he then feels responsible for. Peter Parker, despite not knowing how he is going to do it, still wants to do the right thing by his friends, family, and even the people he is “supposed” to fight. He makes the choice to protect his villains from eventual harm, a choice that puts him at complete odds with Doctor Strange, leading to a spectacular magical chase through the Mirror Dimension.

Peter’s choices keep spiralling out of control, until he makes the ultimate revelation: trying to live two different lives is not going to work. He can be Spider-Man, the righteous and local superhero who stands up for the common person, and he can be Peter Parker, a kind and bright kid who people grow to love, but no one can know him as both and hope to be truly safe. There is no sudden fix to Peter’s choices that makes everything okay by the end. The sacrifice must be made for the sake of Peter’s journey, and without hesitation he gives up his whole identity from the universe just to save those he loves. The filmmakers’ decision to do something this crushing is an amazing feat, one that lingers long after you’ve seen the film. We have grown to love Peter with MJ and Ned, and seeing both breakdown knowing they will forget everything they’ve been through is an incredible emotional moment, right up in the best of the MCU. Peter’s sacrifice is maintained all the way through to the end of the movie, resetting the board with a back-to-basics Peter Parker and Spider-Man that we could have more incredible stories with. But if not, what a finale.

The film is not without its weaknesses. This was a mid-COVID production, which meant that actors like Thomas Haden Church playing Sandman and Rhys Ifans playing the Lizard couldn’t return in person (footage from other movies makes up their live-action appearances), or conversation scenes are made up of single shots. The editing is frequently messy, with funny scenes feeling a tad too long, or certain choices of shots in the final battle lacking clear geography. Tobey Maguire gets stabbed by the Green Goblin, but we never see the wound or even a blade, only hearing the squelch of penetrating flesh.

To circle back to my issue about the mindset that seeing films nowadays is defined by an act of consumption, I place the blame squarely at streaming services. When you watch a film or TV show, no matter if you like it or not, there is more waiting just after it. With an endless wealth of choice when it comes to visual arts on the internet, you’re never out of options for something to watch, so when a film in a theatre ends, people are now psychologically conditioned to beg for the next thing. This is speculation, but I have yet to be proven wrong. I can’t fix it, but we need to talk more about it.

Spider-Man: No Way Home is a bit messy, but it eventually smoothens itself out to tell an exhilarating, emotionally rich, and terrifically true Spider-Man story, one that inspires as much as it destroys you. Tom Holland delivers the best version of this character from all angles, Zendaya and Jacob Batalon do their finest work as their characters, the villains are mostly well-handled but Alfred Molina and Willem Dafoe naturally steal the spotlight, Tobey and Andrew are an infectious delight to share the screen with Holland, and Michael Giacchino’s score is a lovely piece of work. I am incredibly excited to see how Jon Watts continues his storytelling ability when it comes to the Fantastic Four, because he and his writers and producers have made a great superhero film in Spider-Man: No Way Home. 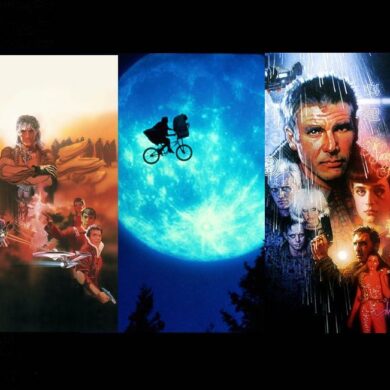